ADHD is a behavioral disorder manifested by the inability of children to focus on a particular occupation. It’s a medical condition that begins in childhood and, if not discovered and treated properly, can spread over time, affecting adult life.

In the absence of proper treatment, ADHD can have adverse consequences on school activities, household activities, professional activities or interpersonal relationships.

ADHD has three main symptoms, on the basis of which it can be easily recognized:

Inattention – is the most common symptom, to which is added, over time, inability to concentrate, order activities and major memory problems. Professional tasks and duties are completed with great difficulty.

Impulsivity – Adults with ADHD are unable to maintain the same job for long, they tend to spend too much money and cannot engage in long-term socio-affective relationships.

Hyperactivity – this condition is acutely felt by children. Adults perceive it as a permanent anxiety, which does not allow them to carry out relaxing and soothing activities, such as reading.

Recent studies have shown that 60% of children with ADHD suffer from this condition in adulthood (in the US, for example, 8 million adults are diagnosed with this disorder).

ADHD is a disease that has a genetic component, current research in the field aimed at the exact discovery of the gene involved. There appears to be a cause-and-effect relationship between ADHD and smoking or drinking during pregnancy.

The diagnosis is usually established between the ages of 6-12 years, at which point the symptoms become annoying and obvious both for the child who arrives at school and for those around him. The percentage of ADHD diagnosed during adulthood is, for this reason, quite low.

Adults suffering from this disorder have problems remembering various information, concentrating and following directions, organizing various activities or carrying out tasks before deadlines. If these problems are not solved properly, psychological complications can arise, with emotional, social and behavioral implications. The occurrence of depressive or anxiety episodes is not excluded.

– 3-5% of school-age children are affected by this disorder, and of these, about 60% feel the disease in adulthood; in the US, for example, 3-7% of children suffer from ADHD;

– the male sex is more frequently affected in childhood (the rate varies, depending on the clinical type of the disease between 2:1 and even 9:1), while in the case of adults, the sex affect is similar;

– the characteristic symptom in girls is inattention.

Problems of patients with ADHD

The problems associated with ADHD are both the direct result of this behavioral disorder and the consequences of inadequate treatment or difficulties in accommodating patients with the disease and include:

The intensity of these problems varies from moderate to severe, and their presence can be continuous, affecting the quality of life of the individual severely and even irretrievably, or it can be just episodic manifestations.

There are adults who have a greater ability to concentrate, despite the existence of ADHD as a background disease, given that they are very interested and enthusiastic about the activities they undertake.

Instead, others have serious difficulty focusing their attention, regardless of the situation. There are cases in which the affected individuals are reclusive / introverted and avoid the company of the people around them, becoming antisocial, or, on the contrary, they are hypersocial and cannot tolerate loneliness. 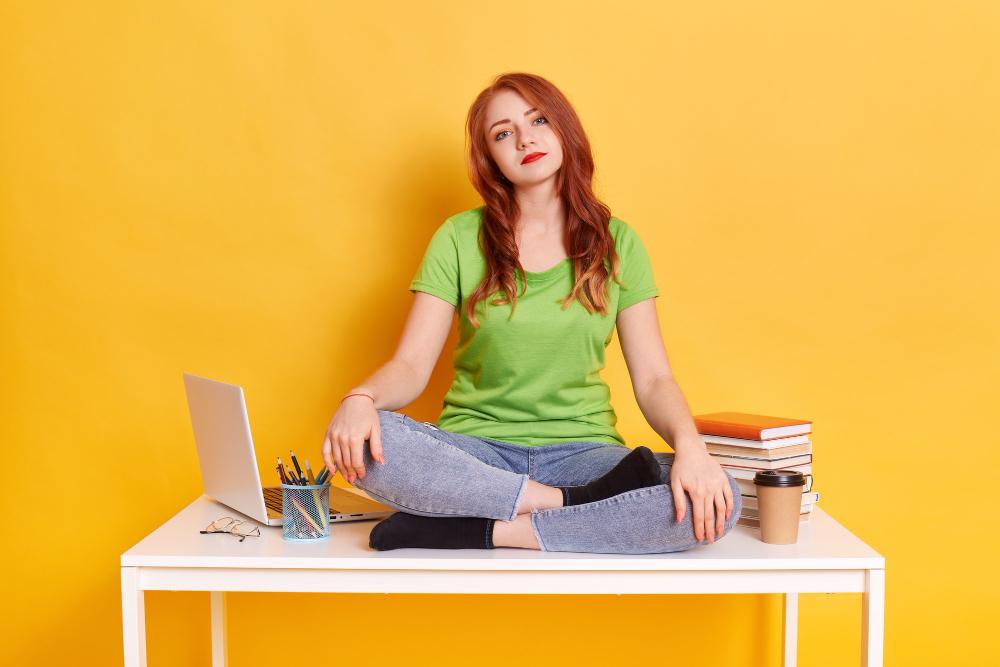 ADHD and impairment of school activity

Adults with ADHD may have:

– modest or even poor academic results, below average, in the background;

– conduct and behavior problems during classes, often punitive-disciplinary measures being taken against them;

– school dropout or the need to repeat one or more classes.

ADHD and impairment of professional activity

Adults with ADHD are prone to:

– to change their job frequently and to have unsatisfactory results at work;

– not to have notable professional achievements, or advancements throughout the career.

ADHD and impairment of social activities

It has been observed that individuals with ADHD:

– have a lower socio-economic level than the general population;

– they tend to break the law more easily: they receive numerous traffic fines, their driving license is suspended more frequently, they are involved in road accidents;

– recognize and accept more frequently than the general population the problems of social adaptation they face.

Adults with such disorders:

– have problems in marriage and usually go through several marriages;

– have a higher incidence of divorces and separations in the couple.

ADHD is a disorder whose diagnosis is usually established in childhood, at school age (6-12 years). During this interval, the signs are the easiest to recognize at school, where the child is not attentive, bothers the classes, is hyperactive.

ADHD is more difficult to diagnose under 6 years of age, and symptoms may occur periodically during the child’s seemingly normal development.

Specialists have not yet established the age at which the symptoms reach a maximum intensity, but they agreed that ADHD is not a disease that starts in adulthood.

In order to diagnose ADHD, medical evaluations can be performed, which may include:

– questionnaires showing whether the suspected adult had symptoms of ADHD during childhood;

– complete anamnesis in which to insist on the specific ADHD symptoms and on their presence in the patient’s personal antecedents;

– discussions with the parents of the person suspected of ADHD and the discovery of specific or less specific signs, such as nocturnal enuresis;

– analyzing, as much as possible, the school activity of the individual;

In order to establish a more accurate diagnosis of ADHD, it is recommended to perform a complete medical examination, in order to exclude other causes for the current symptoms accused by the patient. Thus, the specialists’ recommendations include performing:

A high percentage of adults suffering from ADHD are not diagnosed and, implicitly, treated properly. ADHD is a chronic disorder and if neglected has dramatic consequences on the individual’s life, leading to decreased self-confidence, multiple frustrations, professional failures, depression, substance abuse.

In order to diagnose ADHD in adults, WURS (Wender-Utah Scale) can be used, which consists of a test with 25 questions related to childhood (focused on the problems and difficulties related to this time). The purpose of this test is to assess the presence and possibly severity of ADHD symptoms during childhood. 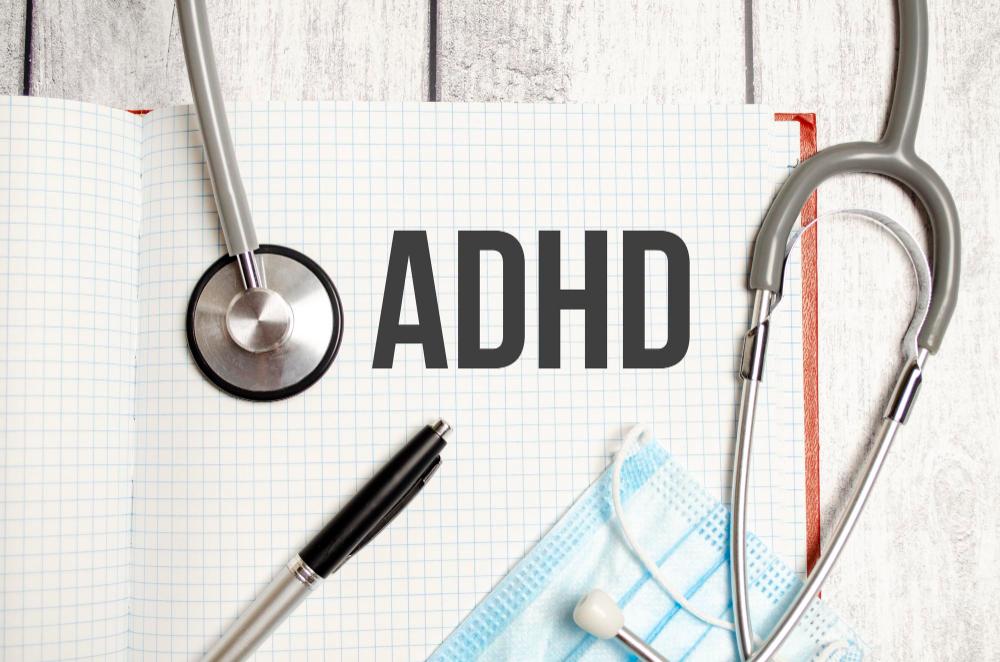 For ADHD there is no curative treatment, only symptomatic treatment. In children, amphetamines and methylphenidate are used successfully to control symptoms.

Recent studies have highlighted the beneficial effects of combination therapy, which consists of drug administration, psychological support and specific therapy for behavioral disorders.

In adults, the treatment does not show significant differences compared to that addressed to children, the categories of effective drugs being, in principle, the same.

In the past, first-line treatment was considered to be based on stimulants, and studies have shown over the years that about 2/3 of the adults who received this treatment responded favorably, with their condition improving considerably.

However, there are some disadvantages in administering such substances to adults, which has required their use with more caution than in the past.

Most of the disadvantages stem from the fact that such drugs can lead to addiction, this problem being encountered more and more often in patients.

Also, the effect of some of the substances is short-lived, which requires the administration of several daily doses, a situation that leads to decreased compliance with treatment.

There are people who are being treated for ADHD who may experience concentration problems when trying to complete activities such as housework, paying bills or helping children with lessons, which are part of the category of side effects of medications.

Other side effects include sleep disturbances, loss of appetite, headaches, epigastralgia, but these decrease in intensity after a few weeks of starting treatment and can be controlled by adjusting medication doses.

Recent studies have shown that approximately 58% of adults diagnosed with ADHD have described an improvement in their ability to concentrate and a decrease in hyperactivity due to the administration of stimulant therapy.

If it has significant side effects, which cannot be reduced by adjusting the dose or if it is not shown to be effective, your doctor may recommend that you take Atomoxetine, a non-stimulant.

In some cases, favorable developments have been found following the administration of Bupropion antidepressants.

There are people who use therapeutic methods that have not been shown to be effective, such as dietary restrictions. Patients are not advised to resort to such treatment at the expense of conventional medical treatment. Some alternative methods can even negatively affect the patient’s physical and emotional state.

The use of such procedures is not only disadvantageous, but even dangerous and drags the establishment of the correct treatment.

Adults suffering from ADHD can benefit, in addition to drug treatment, from specific treatment for behavioral disorders induced by the disease. This may include:

– ways to relax and cope with stress in order to reduce anxiety;

– methods to increase efficiency in the workplace and to improve inter-collegial relations;

Studies have shown that combination therapy (which combines pharmacological treatment, individual therapy, family education, providing the necessary psychological and emotional support) has superior results to simple drug treatment, having important roles in increasing the patient’s self-confidence and helping him to deal with this disorder.

Due to the fact that ADHD is a pathological condition that associates other problems (memory disorders, learning disorders, anxiety, behavioral changes, obsessive-compulsive disorders, chemical abuse), the first essential stage of treatment is recommended to be the complex evaluation of the patient’s condition.

There are various strategies and concepts designed to help people with ADHD cope with this particular medical condition. In general, specialist advice includes:

– Administration of drugs according to the doctor’s instructions. This recommendation applies to all treatments, not just ADHD. The patient should pay attention to the administration of the treatment – omission of a dose or consecutive administration of 2 or more doses, in order to compensate can have some of the most dangerous effects. It is recommended that patients, if they notice side effects or other health problems, contact their doctor as soon as possible.

– Organization and ordering – patients are instructed to be as organized as possible. In order to achieve this goal, they can make lists of things to do on certain days, they can set the clock alarm at the hours when they have important things to do.

– Controlling impulsive and aggressive behavior – the strategy to avoid such behavior is simple: the patient is advised to count to 10 while breathing quietly and as deeply as possible, whenever he tends to get upset too easily.

– Reduce distraction during the day – in order to improve the focus on important things it is recommended to try to minimize the various ways of distraction. Whether it is music, television, computer or ambient noise, these should be avoided as much as possible throughout the day.

– Focusing energy for creative purposes – people with ADHD sometimes have much more energy than those around them. It can be useful for them if they direct this energy into a hobby or other recreational activity.

– Calling for help – any individual needs help at some point in their life. All they have to do is to have the courage to ask for it.

Being a suffering with onset in childhood, most adults with ADHD have adapted to this condition, and if the disorder is treated properly and patients are compliant with treatment, their quality of life can be significantly improved, they can carry out their professional and personal activities like any active member of their community. 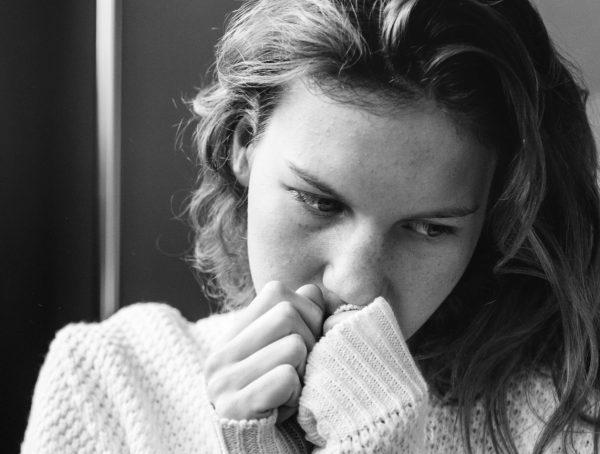 What are anxiety disorders? 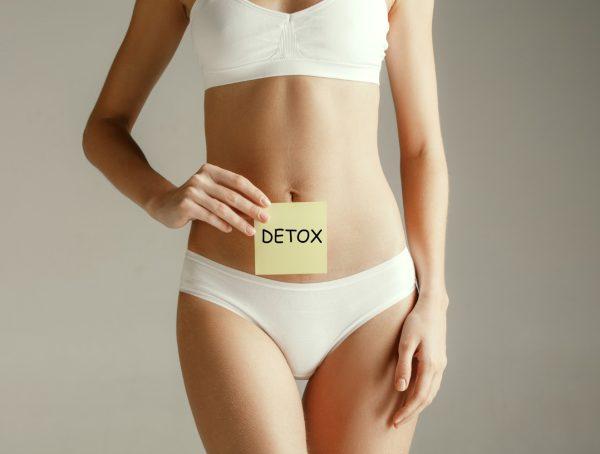 Doing a detoxification treatment of the body does not mean starving yourself, in order to lose weight and look better. …

You didn’t know that your business needs a perfect logo? Read this