From Knights of the Round Table to TV series, western culture is full of stories about knights. It’s pretty weird how little we really know about them. We know that they wore armor and fought in wars and tournaments … but what else were they doing?

Knights were the supreme power on the battlefield for centuries and it seemed that nothing will be able to replace them. Ironically, their end was due to a very simple invention called arbalest. Arbalest, invented in the twelfth century, was a kind of super crossbow. It was made of iron, so can withstand much higher voltages than normal springs, and could produce a greater impact. Had accurate up to 300 meters, the loading was relatively quick and easy to handle. Arrows could pierce armor. Suddenly the mighty knights with their fighting skills, bright armor and a of life trainings was a sitting duck for someone who learned to shoot in a few weeks. If he was talented, could bring down two knights per minute without being threatened by them at all.

Even if they considered the arbalest un-knights, it was clear that the glory time of the knights on the battlefield had end, especially that soon will appear gunpowder weapons.

Many medieval castles had spiral staircases between floors. They were usually located near a wall (in a castle were built near exterior walls and the rooms were in the center). It might seem a clever solution to save space, but in reality them were designed keeping in mind the war. If an enemy invaded the castle, the knights were put in a very difficult situation by fighting on the narrow stairs. Those offered defenders an advantage too. Spiral staircases were designed in a clockwise direction, up. This meant that the enemies were forced to move with the left side of the body in front, which was a problem because almost all the knights fought with their right hand.

Being a knight was very expensive. Armor, harness, horse, servants, cost a huge amount of money, in addition to cost of daily life. However, the knights were vital in any army, therefore the sovereign was obliged to provide ways for knights to support themselves. The solution to this problem was feudalism, a system through the sovereign gave a plot of land to the subject, and the people who lived there, called fief. Knight was a vassal of the sovereign, with the right to drive that fief as he wanted. Instead, he had to answer the call to battle of the sovereign.

Chivalry was a system of conduct for knights. Its limits were not clearly defined and often extended beyond the battlefield. Label and conduct code were very strict and their essence can be condensed into the knight’s vows. A knight couldn’t do traffic with traitors. He should never give bad advice to a woman (regardless of marital status thereof) should always treat her with respect and protect her. Moreover, had to have periods of abstinence of all kinds and offer sacrifices to the Church.

Last oath was obviously introduced by the Church. When it began the preaching of the First Crusade in the eleventh century, created a clever plan to co-opt the knights. The Church introduced its own code of chivalry that knights were obliged to follow. Not surprisingly, it is based on respect for the teachings of the Church and the defend of Christianity. Although chivalrous behavior was accustomed to social events, not many knights behaved as well on the battlefield. Instead, many opted to rob and kill as they pleased. Eventually they were soldiers and practicle people, could not risk death just because the opponent was less knight than them.

The Knights have always been associated with horses, their armored stallions were giants and well prepared for battle. Therefore, it is believed that the knight idea originated in ancient cavalry troops. Their origins can be found to the Roman Empire. The Romans had an elite mounted force called ordo equestris. Even if ordo equestris can’t certainly be linked to medieval knights, researchers have shown many resemblances. They were the small nobility fighting on horseback and get a huge respect. When the Great Carol, french emperor in the early ninth century, combined the concept of rode nobility with feudalism, knights appeared.

No knight entered the battlefield without armor. Made especially for individual knight as were significant pieces of metal, to fit perfectly with his body the armor became increasingly rigid over time. Could resist almost all medieval weapons.
Quality and powerful impression created by the armor, not only saved the knight life, but they were a status symbol. The equipment was better, the knight was more important to society.

Tournaments were something that knights were attending between wars . In fact, when it became almost sporting events, there were no more wars to fight. Originally appeared as exercises to teach medieval battle, at the end of the Crusades when knights didn’t had really many wars, tournaments became sporting events. The most popular were step d`armes where the knight had to fight a series of opponents, and fight without horses between two teams of knights. Surprisingly, the latter was the event that drew the most attention, not the fights on horse.

The training of a knight was a difficult process that began at seven and last 14 years. Future Knight began as a simple henchman. At this age is a simple servant to his Lord. Even though his training consisted of games and sports activities, were serious games. Instead of toys, learned to fight with real guns and practiced the riding . At age 14 became a squire. Each scutii served a knight, maintaining his armor and clothed him with armor and weapons. A squire was seen as a man already able to fight on the battlefield. Thus, his training became increasingly dangerous.

At 21 finally became a knight. The ceremony was initially very simple, simply the noble struck the newly knight on the neck and said a few words. Through the Church, the ceremony has evolved to what we see today in many films.

Crusades, religious wars in order to conquer the Holy Land from the Muslims were the favorite environment where Knights showed their qualities. It is believed that there were only a few crusades, there were actually quite a lot. The Crusades were virtually constant war that lasted 200 years. There were eight major crusades (nine with Crusade of the Poor) and many minor crusades. Unfortunately for the Knights, the crusades were a failure. However, the papacy continued to launch calls to crusade against many enemies (usually political enemies in Europe) and in the following centuries.

Since 1560, the knights of medieval ceases to exist. There are still today some hereditary knights, but most modern knights received this title because of contributions to society. Many knightly orders that exist today were created by the decoration of the Middle Ages in order to be noticed in the community. For example, the title of knight that have Elton John, Judi Dench and Paul McCartney is entirely honorary and does not oblige them to fight someone. 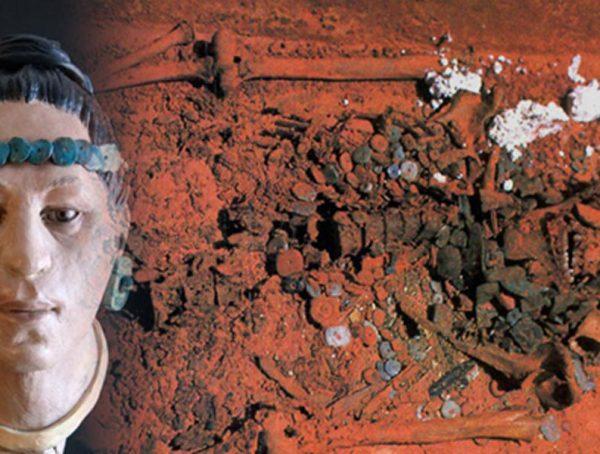