Why in certain tens of thousands of years old areas, caves or tunnels there are no signs of the use of torches or other means of lighting, given that civilizations that existed around 2000 years ago were using those means?

Analyzing carefully a painting from The Temple of Hathor, the Goddess of Love, located in Dendera, we can distinguish a clear drawing, depicting two clerks, holding in their hands some giant bulbs with inner filaments, wired (connected by cables ) to a box that seems to be the electric power source.

The ancient Egyptian texts describe the special effects achieved by priests of various cults during religious rites and ceremonies. Statues of gods were illuminated by blinding lightning that were actually darted from the ceiling or metallic objects under the mats. Sometimes offerings were charred by lightning coming out of nowhere, all of a sudden.

The existence of electricity in antiquity might explain the lack of smoke in the burial chambers of the pharaohs or in the treasure rooms. But what’s really strange is that inside the French and Spanish caves, where the Cro-Magnon people have created the famous frescoes, which are considered prehistoric works of art, but no trace of smoke was ever found.

It’s hard to believe there was another light source apart from organic (combustion) light sources at that time. However, a number of discoveries and stories unaccounted until now allow us to reach a conclusion: there is electric light for light tens of thousands of years now. Its secret has been lost just to be recovered in the last hundred years.

A number of medieval chronicles are describing “the deathless lamps” that beings coming from heaven had given to certain cities or heroes. Those light sources were made of an unknown material and were usually spherical. Moreover, the globes were lighting alone, without using any fuel source.

They were producing no smoke, emanating a strong light and heat. It is said that if anyone touched the spheres while they were working, a powerful explosion would occur, that entire cities could have been destroyed.

Knights Templar Chronicles also recount about glowing balls discovered during the campaigns against the infidels (the unfaithful). In Cyprus, for example, several palaces and fortresses have been destroyed by accidental explosion of such light balls.

When the Templar conquered a city on the coast of Syria, the Grand Master ordered that the constantly lighting globe to be thrown into the sea as it was one of Devil’s works that had to be completely destroyed. The result was astonishing: a storm has suddenly begun and the fish in the area died, which has reinforced the belief that the object was of satanic origin.

A number of other scholars relate us about the discovery in some underground crypts and tombs in England and Germany, of certain ever burning lamps. Regarded as impure, they were destroyed at the order of certain prelates.

The bright lamps in South America

In South America, the Spaniards who invaded the city of Gran Marco have discovered an 8 meter high pillar in the middle of fortifications, on top of which there was a “big Moon”, illuminating the whole city. The pillar has disappeared in the fire that followed the conquest of the city. 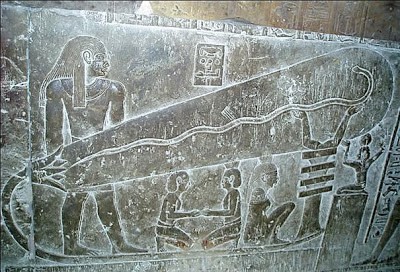 Orellana, one of the conquistadors Pizarro sent to find the famous El Dorado, discovered a tribe of white women; they were so warlike that the Spaniards preferred to bypass them after the first clashes. The Indians, who feared these women more than they feared Pizarro’s soldiers, recounted that the women were coming from cities rich in gold and illuminated by “smaller suns” that were rising every night. In honor of these warrior women, the river the Spaniards were sailing on was named “Amazon”.

Australian writer and explorer Ian Idriss relates that the indigenous people of the Torres Strait – among which he lived for some time – had some scepters called “buia”, endowed with magical powers. Each buia was composed of several oval shaped stones of unknown structure fed into a thick bamboo cane. During certain ceremonies, when the chieftains were raising the scepter pointing it toward the sky, a blinding light, similar to a lightning, was bursting from the top of their scepters.

In a village located in the jungles of New Guinea, where people were living at a Paleolithic level, there were some high pillars, on top of which were some stone balls. In the evening, the spheres lit themselves, emitting a strong light.